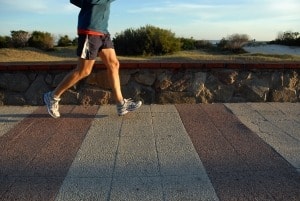 Despite all the evidence to the contrary, running still gets a bad rap. The belief is that running ruins knees and causes arthritis. But is it true?  Common sense would suggest that such pressure on the joints would eventually degrade the cartilage and lead to arthritis. But many of the more recent studies suggest that as long as your knees are healthy to start with, running does not increase the risk of developing arthritis. In fact, a new study from Paul Williams’ National Runners’ Health Study, published in Medicine & Science in Sports & Exercise, found that that runners are about half as likely as walkers to develop osteoarthritis or need a hip replacement. Most of the findings seem to be explained by BMI:  runners generally weigh less than walkers, who in turn weigh less than people who don’t exercise at all. Less weight reduces arthritis risk. And yet many continue to view running as the prime example of an activity that raises your risk of arthritis.

Dr. Eliza Chakravarty, a researcher at Stanford University, published a study devoted to debunking the myth once and for all. Published in the Archives of Internal Medicine, Chakravarty examined the prevalence of osteoarthritis in a small group of participants: 53 non-runners and 45 long-distance runners, most of whom had been running for over ten years. She kept tabs on this group for 18 years, from 1984 to 2002. The average age of the participant at the beginning of the study was 58 years old. Scans of the knees were taken six times between 1984 and 2002, and showed that OA was no more prevalent or severe in the running group. The non-running group also reported a higher number of knee replacements than the running group during the 18-year study.

This research suggests that distance running won’t increase your chances of OA, but you can’t underestimate the importance of good footwear. Often runners who neglect to wear proper shoes, are running in a shoe that doesn’t fit properly or ignore injuries, may end up sidelined. So not only is there no connection between running and arthritis, but running — and perhaps regular vigorous exercise generally — may even help protect people from joint problems later on.

Looking for More Information on Knee Braces for Arthritis?

Our blogs are educational in nature and are not intended as a substitute for medical advice. Because your condition is unique to you, it is recommended that you consult with your health care provider before attempting any medical or therapeutic treatments. We are always happy to answer questions about products mentioned in our blogs, however, we cannot provide a diagnosis or medical advice.

Get the Relief You Need! 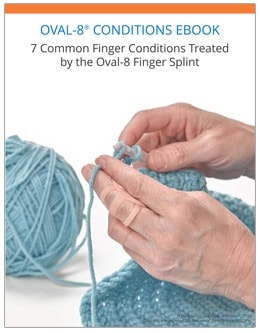